A forcing function for excellence 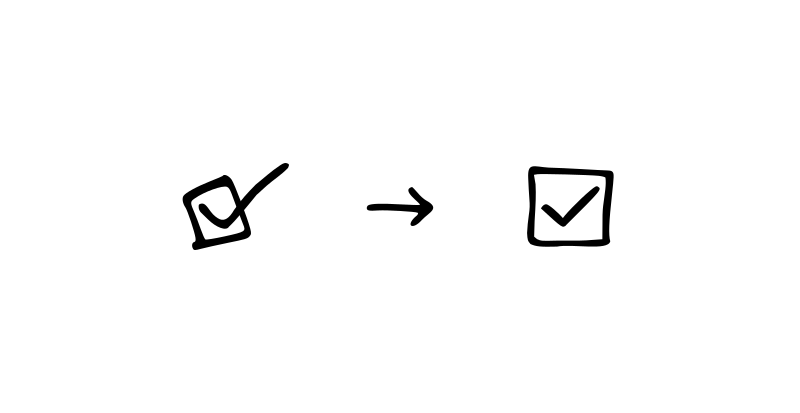 A forcing function is any task, activity or event that forces one to take action and produce a result.

Having written the previous piece on finding a reason to be excellent, I couldn't escape the feeling that something has escaped me. Something vital.

A quote popped into my head.

“We are what we repeatedly do. Excellence, then, is not an act, but a habit.” — Will Durant (not Aristotle as is commonly attributed)

Nowadays, this quote is often used to uphold the James Clear credo of "habit's are everything." Except, they aren't. To view habits as the most important is too isolated a view, too atomic, one might say.

Any particular habit is usually a result of decisions, social interactions, and enviroment changes. It doesn't build itself in isolation. It's almost never designed. The habit is created by reacting in a specific way to a certain situation, repeatedly. It's the product.

Now, I'm less interested in the habit of excellence, however, it might be defined, but more in the circumstances and factors that naturally lead to it arising.

Let's take a concrete example. Investor Marc Andreessen talks about having metaphorical Peter Thiel and Elon Musk on his shoulders and consulting them regarding particular investing decisions. You see, Andreessen knows both of these men and regards them as clear thinkers, which is important in the world of investing, since his decisions move billions of dollars, and thinking is the process by which those decisions are arrived at. And so, when Andreessen thinks about something tricky, he invokes an avatar of Thiel or Musk and consults this representation about the matter. Taking someone else's perspective forces him to consider different angles and overall makes his thinking better, one might even say excellent. Hence the title of this post. This process is Andreessen's forcing function as he described it in one interview.

And here's where I have a gripe with Clear. We all can consult our Thiels and Musks, but our representation of their perspectives might not be as good as Andreessen's, and our field might be completely different than Thiel's or Musk's. In other words, focusing on the habit (product) and trying to copy it without being in a position similar to Andreessen's will amount to almost nothing. It's fleeting intellectual entertainment.

But back to excellence. Andreessen has his forcing function. It has arisen from conversations or written consumption of materials from individuals who represent different vantage points in the same field. In short, his social circle. Andreessen is also an investor, so he cares about thinking well. Desire to be great (and right). The third piece is a bit of imagination. Imagining a mini-Thiel or mini-Musk sitting on his shoulder. What would Peter say? What would Elon say?

Social circle, desire, imagination. Put those into place, and a habit of excellence will be formed, and crucially, it'll stick. The habit is not atomic in any way. If it were, it'd be useless.

And so, Andreessen moves closer to excellence on a daily basis as a result of a process rooted in his career, social circle, and a desire to succeed. This is the investor's forcing function.

Another example may be the Inklinks or writer groups in general.

In writer groups, writers share their writing with one another. Surprising, I know. The aim is to get feedback on their ideas and their expression. Sharing the ideas with others often reveals mistakes or points the author might have missed otherwise. Assuming the author cares about the quality of the writing, once they hear the feedback, they feel compelled to improve the writing.

Of course, writers also often send their books to Alpha and Beta readers. Those readers get an advanced reader's copy and usually write directly in it, letting the author know what they think about the book. The Alpha circle tends to be rather small, the Beta circle slightly larger.

These are the writer's forcing functions.

Jony Ive, formerly the chief designer at Apple, had a different craft-related forcing function: a belief that the end user could sense bad design. This meant that when he was working on something, and it wasn't right, he wouldn't ship it. He knew that the customer would sense the mistake. And so he would make his work better. This forcing function takes place entirely in Ive's head. Of course, we can't ignore the fact that he had a whole team of designers under him, and worked at a company where good design was famously emphasized. Such factors make the whole process more important.

Another design related forcing function is a curious practice used at Ideo, a world-renowned design agency. To help the designers empathize (a key step of the design process), they define personas of their target customers.

John, 28, software developer, lives in a city, wants to be more fit

This could be a persona for a health-tech company. But, you might say, many designers and copywriters do this. Yes, but Ideo has a practice that goes further: they make cardboard cutouts of their target customers and put them in the room where designers design. The cardboard cutout is the personification of the persona exercise. It turns the exercise from an intellectual one-time thought experiment into a part of the daily process.

What would John say about this page? Would this confuse John?

You can imagine that this is more compelling.

Of course, designers also interview target customers and test their products with them. Just like writers, they share their work with a small number of people to get feedback on their ideas.

These are some design forcing functions.

You can probably see some patterns by now. Interactions with other people are the forcing function of excellence. Or rather, they are one version of it, perhaps the most dominant one.

There is another one forcing function, perhaps. A desire to improve. To raise one's standard.

Why does the Japanese sushi master Jiro continue to make sushi, or even dream about it as the title of the well known documentary about him states? My surprising take? He wants to discover new ways to make sushi. Perhaps there's also a link to other people (loose social circle) in that he wants to be better than everyone else or the best in the world, but perhaps he just wants to exceed himself. To experience a new level of excellence. That in itself can be the reward.

Of course, there's also the other side of the equation: not going below one's standard. You can imagine Jiro tasting a piece of sushi he made, and finding out that it's not as good as expected or experienced before. That would almost certainly cause him psychological pain, which would lead him to re-examine his process and improve it.

While other people play a role for the chef, the past experience of one's own standard contrasted with one's current outcome is the forcing function that drives him to excellence.

You can imagine sprinters running a 100m dash. Their forcing function is simple: get in front of the others. It's based on physical proximity. But there's another part of it.

UFC fights are a good example of these two functions working together. If you KO the opponent, you win. Direct competition. If the fight isn't decided by a KO, the scores decide.

The writer shares work with others.

The designer consults an imagined (or real) user.

The chef compares an experience to past standard.

The athlete compares themselves to others, or the stats (theirs, or other people's).

These are some habits of excellence out there. You can see how an athlete imagining Thiel and Musk on his shoulders wouldn't make much sense.

These particular habits are the results of the chosen identity, the social circle, and the immediate environment. Social interactions related to one's efforts are a particularly powerful forcing function for excellence. In fact, if I were to advise a person who expressed their desire to be excellent in a specific field, I wouldn't recommend any particular magic habit. I would recommend joining (or establishing) a group of people who strive towards excellence in that field, and interacting with them as often as possible. These interactions alone would motivate that person to strive towards excellence, which would result in the natural formation of very non-atomic habits.

Aside from that, sushi chef Jiro is perhaps the best example. His forcing function is a strong desire to make better sushi coupled with daily tasting of his creations. The food together and his own standard of experience tell him whether he's excelling or not. This forcing function is perhaps more salient for craftsmen working in the physical domain.

But enough about others. I have a simple question for you.

What is your forcing function for excellence? What will motivate you to try harder than you might on your own, every day?